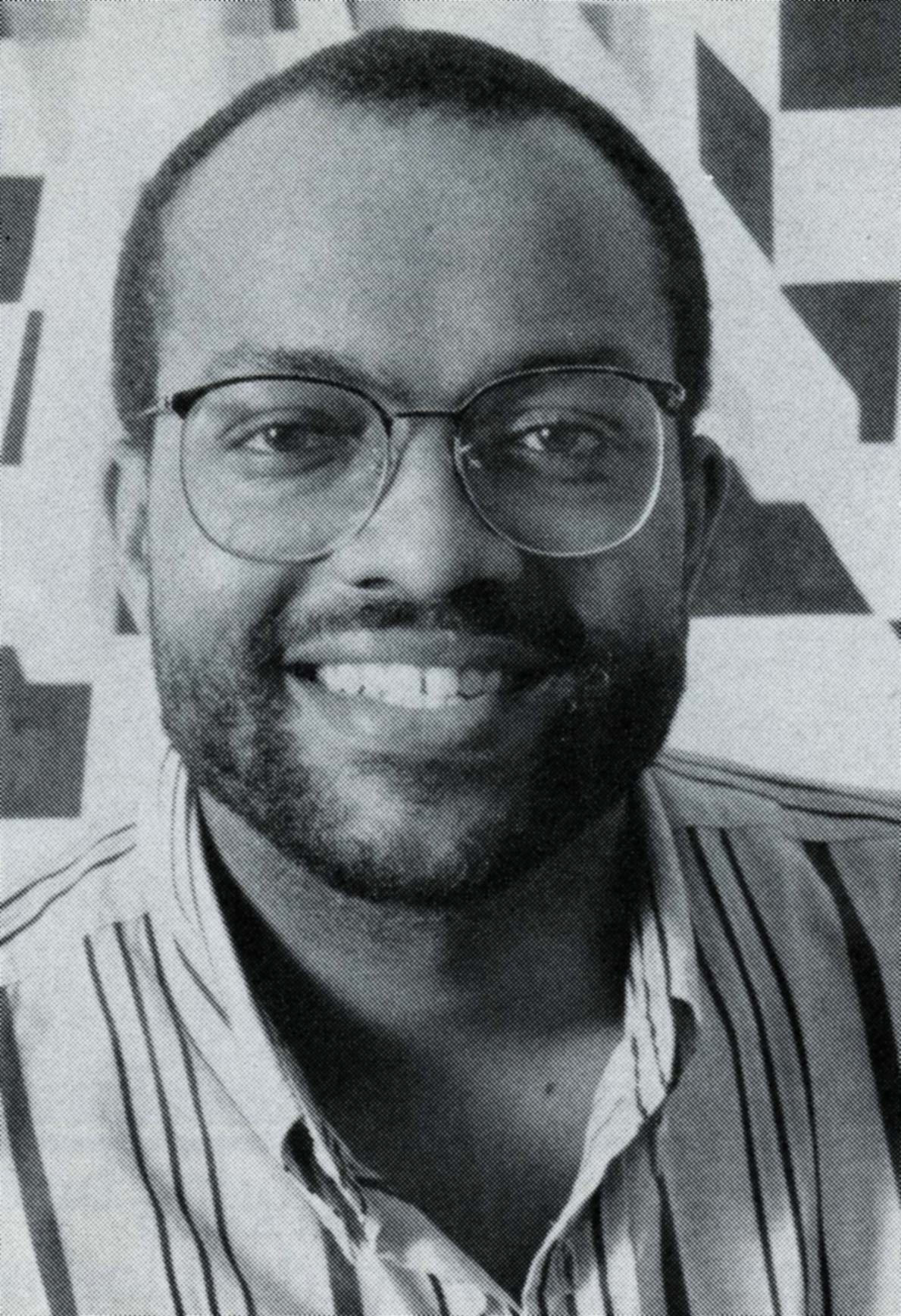 Jabari Asim is an author, poet, educator, and playwright. At the time of the 1994 Conference, Asim was Book Editor of the St. Louis Post-Dispatch and the first African American to hold such a position at a major metropolitan daily. Asim was also founding editor of EYEBALL, a literary arts journal which had been awarded a Gregory Kolovakos Seed Grant. A Guggenheim Fellow, Asim’s work has appeared in Black American Literature Forum, Painted Bride Quarterly, Essence, Los Angeles Times, and The Village Voice. Some of Asim’s plays include Peace, Dog, Believe I’ll Testify, and New Blood Symphony. Since the 1994 Conference, Asim has been an Associate Professor and Graduate Program Director of Writing, Literature, and Publishing at Emerson College, in addition to serving as Editor-in-Chief to the NAACP’s Crisis Magazine and a deputy editor at The Washington Post. 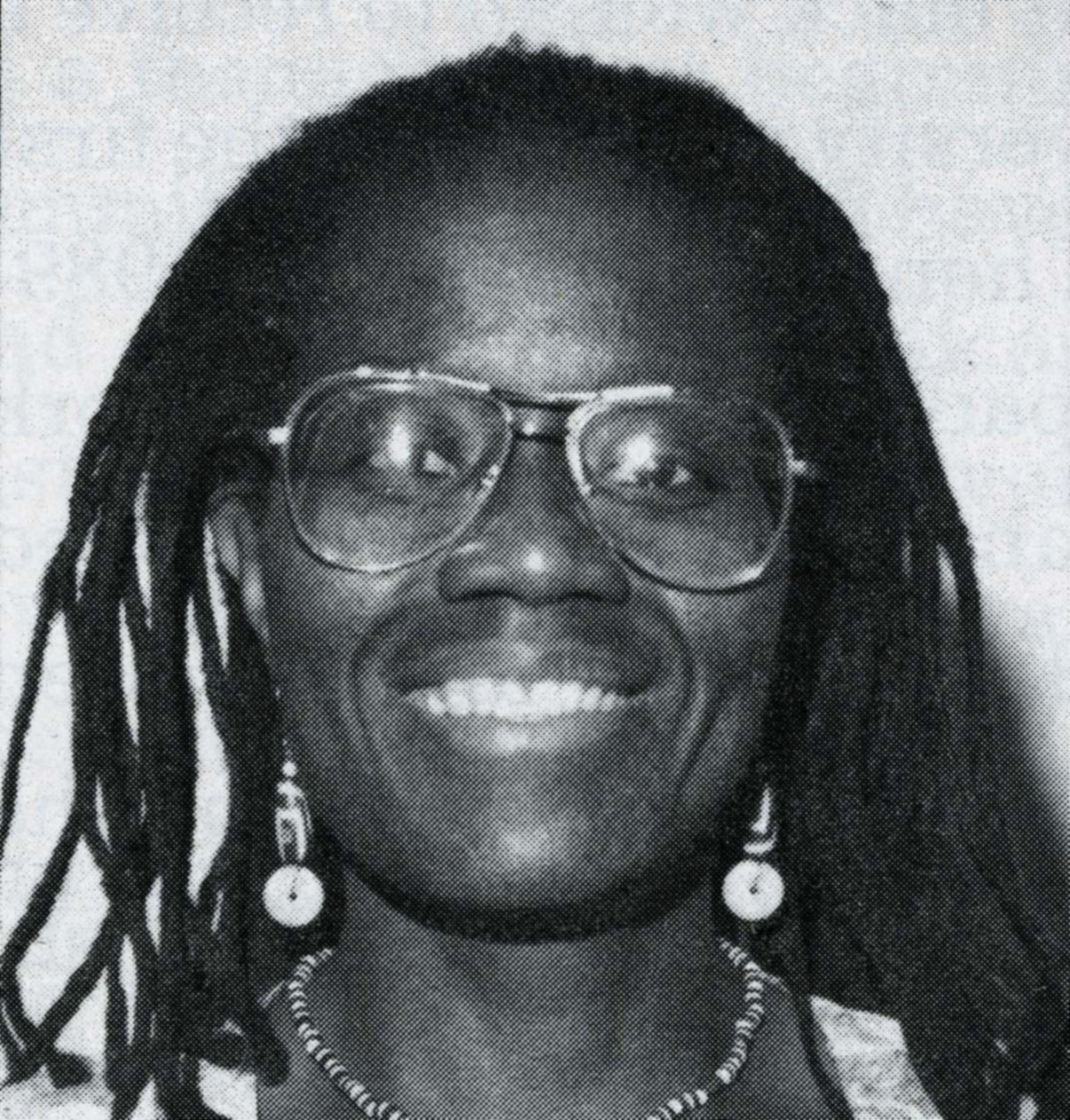 At the time of the 1994 Conference, Joyce Ann Joyce was a Professor of English and Associate Director of the Gwendolyn Brooks Center for Black and Literature and Creative Writing at Chicago State University, and had co-edited The New Cavalcade: African American Writing from 1760 to the Present (1971) and written Richard Wright’s Art of Tragedy (1986). Joyce’s work has appeared in journals such as New Literary History, Mississippi Quarterly, India Journal of American Studies and the Journal of Black Studies. She has been the recipient of numerous awards, such as an American Book Award for Literary Criticism for her collection of essays Warriors, Conjurers, and Priests: Defining African-American Literary Criticism (1994). Since the 1994 Conference, Joyce has written extensively on the works of various African American writers, including Toi Derricotte and E. Ethelbert Miller. She is a Professor of English and Gender, Sexuality, and Women’s Studies at Temple University. 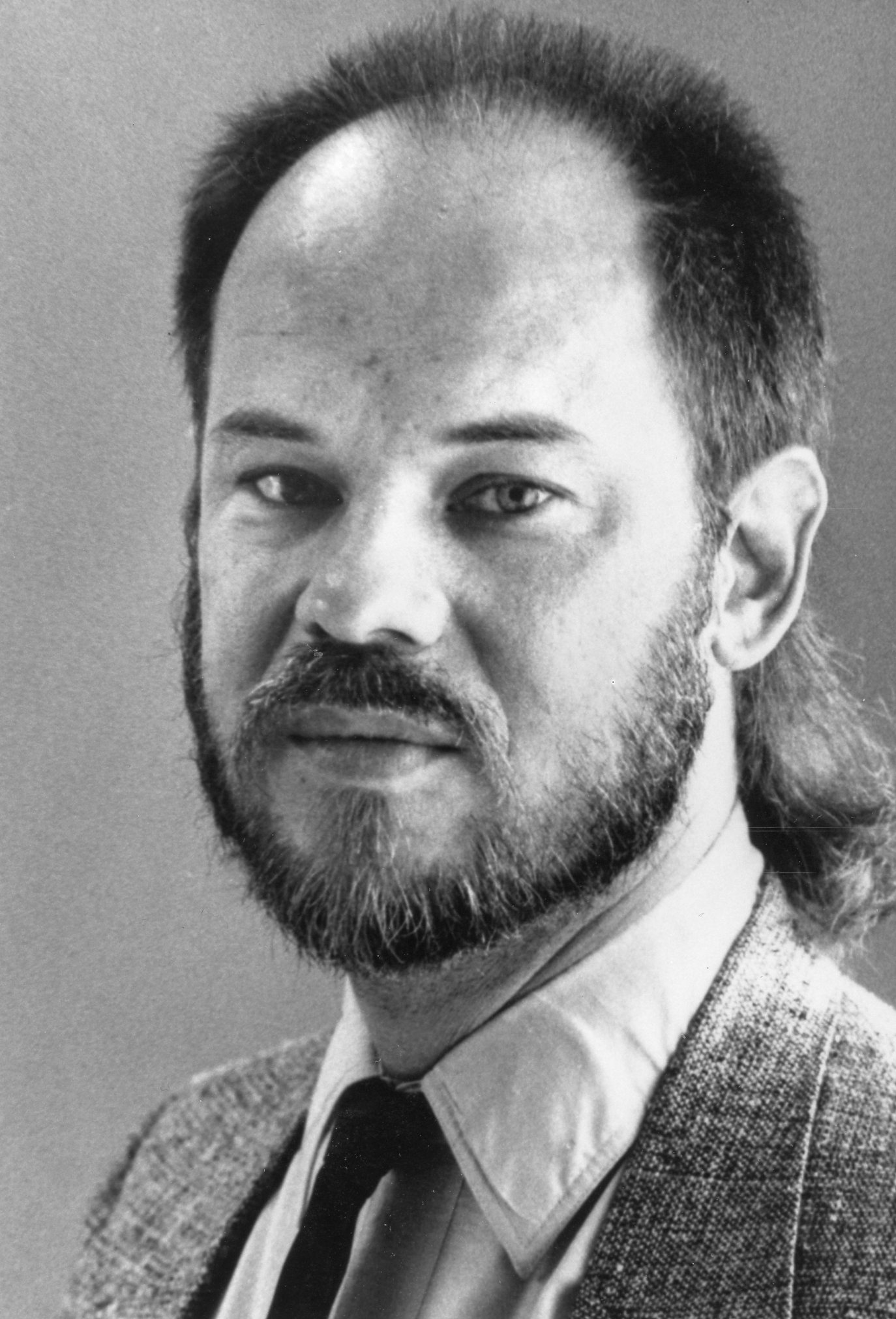 Poet and critic, Aldon L. Nielsen is the author of Reading Race: White American Poets and the Racial Discourse in the Twentieth Century (1988) and Writing Between the Lines: Race and Intertextuality (1994), as well as multiple collections of poetry, such as Stepping Razor (1997), VEXT (1998), and more recently A Brand New Beggar (2013). Nielsen has also been the producer, director and host of the San Jose State, California radio program, The Incognito Lounge, and has taught at San Jose State University, the University of California in Los Angeles, and Loyola Marymount University. Nielsen also served as director of poetry writing workshops at the Martin Luther King Public Library in Washington, D.C.. For his work, Nielsen has won an American Book Award and was the first winner of the Larry Neal Award for Poetry. He is currently the George and Barbara Kelly Professor of American Literature at Penn State University in Pennsylvania. 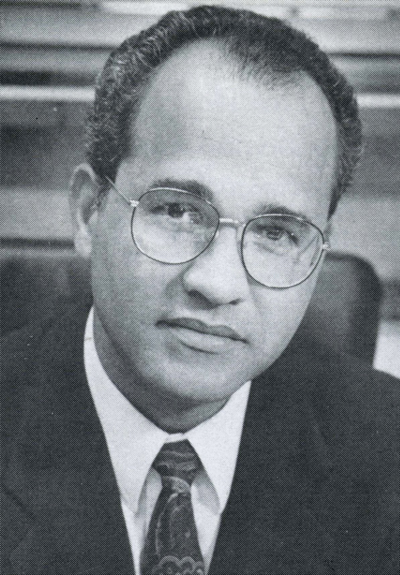 Scholar, literary critic and biographer, Arnold Rampersad, is the author of various biographies of iconic African-American figures, including a two-volume biography of Langston Hughes and an earlier study of the life and works of W.E.B. DuBois. The Life of Langston Hughes has won numerous awards, including the American Book Award in Biography from the Before Columbus Foundation in 1990 and the Clarence Holt Award in 1988. The work was a runner-up for the Pulitzer Prize for biography in 1989, and the first volume—I, Too, Sing America–was nominated for the National Book Critics Circle Award in 1987. In 1991, he edited Richard Wright: Early Works and Richard Wright: Later Works for the Library of America series. Since the 1994 conference, Rampersad has been a MacArthur Fellow, and in 2010 he was awarded the National Humanities Medal. He continues to teach at Stanford University in the English Department. 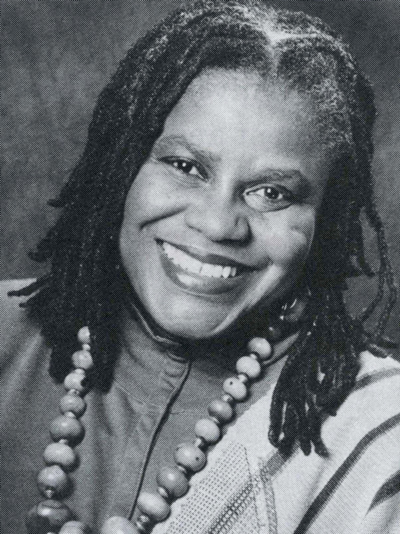 A self-proclaimed “songtalker,” Dr. Bernice Johnson Reagon is a specialist in African-American oral, performance, and protest traditions. During the Civil Rights Movement, Reagon was a member of the original Student Nonviolent Coordinating Committee (SNCC) Freedom Singers. She founded and currently serves as artistic director of Sweet Honey in the Rock, an internationally acclaimed African American women a cappella quintet, whose repertoire specialty is African American song and singing traditions. A MacArthur Fellow at the time of the conference, Reagon has gone on to receive numerous awards including the Presidential Medal for contributions to the public understanding of the Humanities on 1995, the Leeway National Award for Women in the Arts in 2000, and Heinz Award for the Arts and Humanities in 2003. She has retired from leading Sweet Honey in the Rock and lives in Washington D.C. 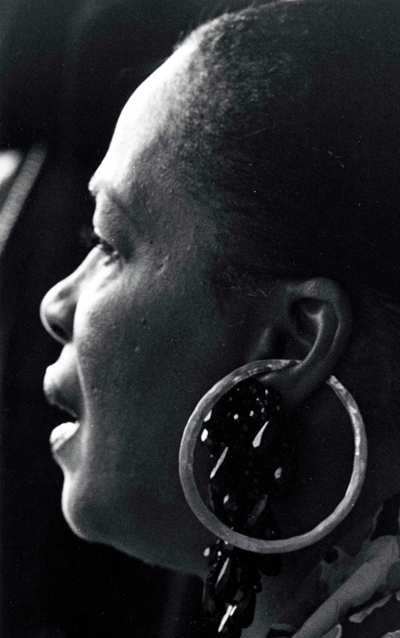 Essayist and critic of African American literature, Dr. Eleanor W. Traylor is Graduate Professor and Chair of the English Department at Howard University. She has prepared historical and biographical scripts for the Program in Black American Culture of the Museum of American History at the Smithsonian Institution, and has developed and directed the Larry Neal Cultural Series in literature at the African American Historical and Cultural Museum in Philadelphia. She is the recipient of the Marcus Garvey Award for community service, the Hazel Joan Bryant Award of the Midwest Black Theatre Alliance for service in community theater, and the Catholic University Alumni Achievement Award in literary criticism. Her publications are numerous and multi-faceted, among them The Humanities and African American Literary Traditions. Since the 1994 conference, Traylor has been inducted into the National Literary Hall of Fame for Writers of African Descent. 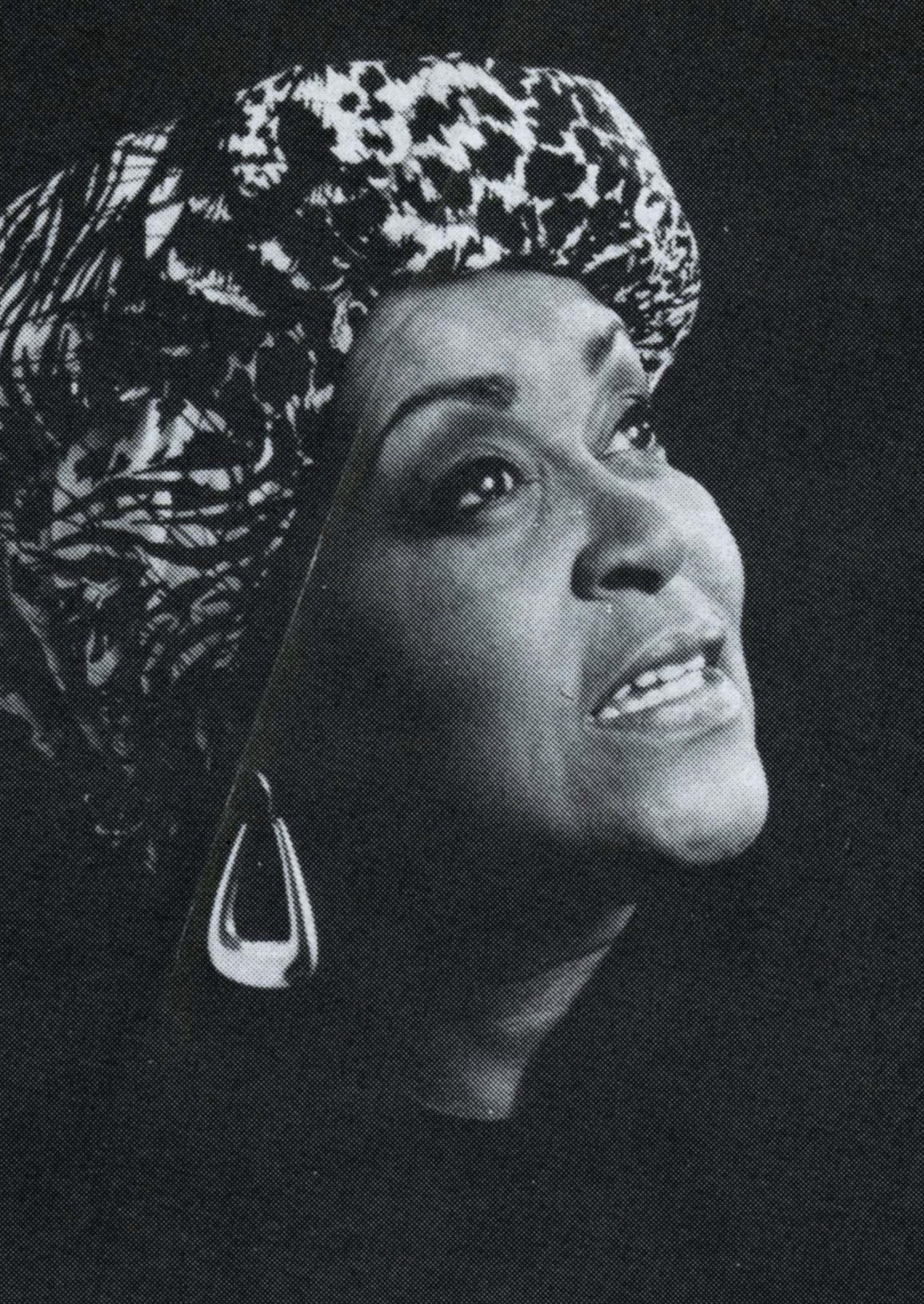 Internationally-known actress and producer, Val Gray Ward was the dramatist, founder, and artistic director behind the Kuumba Theatre in Chicago, which has also produced shows touring both the United States and around the world. Ward has produced and directed such plays as Sister Son/ji by Sonia Sanchez, The Amen Corner by James Baldwin, Ricky by Eugenia Collier, Five on the Black Hand Side by Charles Fuller, and The Image Makers by Useni Eugene Perkins, the last of which was performed in Lagos, Nigeria as part of the Festival of Black Arts and Culture in 1977. Additionally, Ward created the Emmy Award winning Precious Memories and Strolling 47th Street, which aired over the Public Broadcasting Service (PBS) in 1988. Ward has appeared in her one-woman show, I Am A Black Woman, which features the poetry of Mari Evans, at colleges, universities, and conferences across the country. 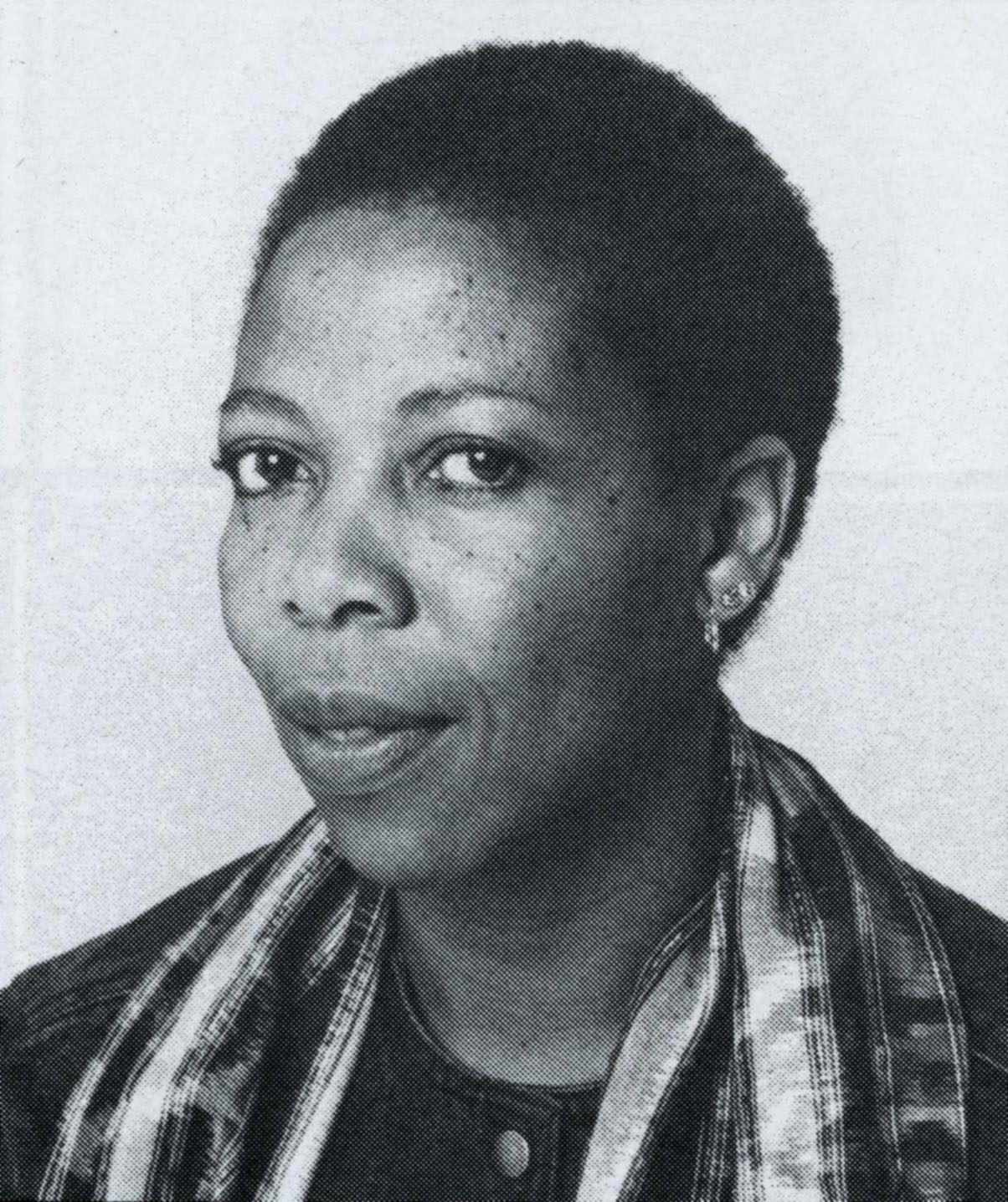 Critic and writer, Sherley Anne Williams began writing seriously after graduating from California State University at Fresno in 1966. Her first story, “Tell Martha Not to Moan,” was published in Massachusetts Review in 1967 while Williams continued her graduate studies at Howard University. Williams is the author of two volumes of poetry, The Peacock Poems (1975) and Some One Sweet Angel Chile (1982), and a televised performance of poems from the latter earned her an Emmy Award. She has also been the recipient of a Coretta Scott King Book Award and the African American Literature and Culture Society’s Stephen Henderson Award for Outstanding Achievement in Literature and Poetry. Author of the novel Dessa Rose (1986), Williams has published several books, criticisms, and a play. Since the 1994 Conference, Williams wrote Girls Together (1999) while teaching at the University of California at San Diego. Sherley Anne Williams died in 1999.

Language, Music, and the Vernacular in African American Poetry