In the almost twenty-five years since it began, Furious Flower’s programs have reached thousands of poets, educators, students, and poetry lovers alike with its groundbreaking media and anthologies, children’s creativity camp and summer seminars, online literary journal (The Fight & The Fiddle), and decade-defining conferences. Furious Flower has impacted literary communities on local, regional, national and international levels by creating platforms for Black poets to encounter their readers, and for readers to experience and engage with Black literary culture in new and exciting ways. Furious Flower began as a national conference in 1994; conference-organizer, Dr. Joanne Gabbin, invited the most renowned Black poets for a historic gathering at James Madison University. With Gwendolyn Brooks at the center, luminaries such as Sonia Sanchez, Nikki Giovanni, Amiri Baraka, and Rita Dove read poems, engaged in critical discussions, and shared their ideas about craft. The university established the Furious Flower Poetry Center in 2005, creating the nation’s first academic center dedicated to Black poetry. Today, the mission of the center is to ensure the visibility, inclusion and critical consideration of Black poets in American letters, as well as in the whole range of educational curricula. Furious Flower seeks to support and promote Black poets at all stages of their careers and to preserve the history of Black poets for future generations. As part of this goal, Furious Flower recently donated its extensive archives to the Special Collections at its home institution, James Madison University in Harrisonburg, VA, and invited a team of thirty students and five professors to consider how to extend the center’s commitments by showcasing these materials on a new digital platform. 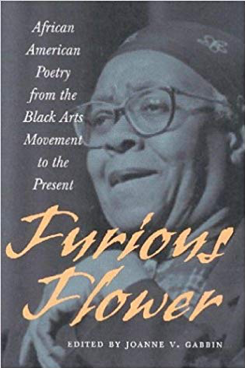 Furious Flower: African-American Poetry
from the Black Arts Movement to the Present

The forty-three poets cover three generations, ranging from such established voices as Michael Harper, Nikki Giovanni, and the late Gwendolyn Brooks, in whose honor the conference was organized. Furious Flower provides a fascinating collective portrait of African American poetry at the close of the twentieth century―as well as an indication of where it may be headed as we enter the twenty-first. 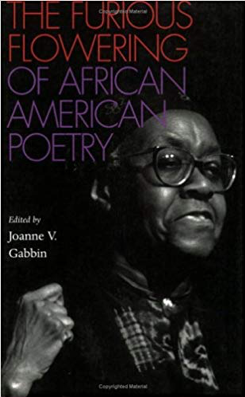 This collection of essays and six lively interviews with practicing poets, arising from the now-famous Furious Flower Conference of 1994, provides a mosaic of the major critical and aesthetic issues emerging from the poetry and its literary milieu.